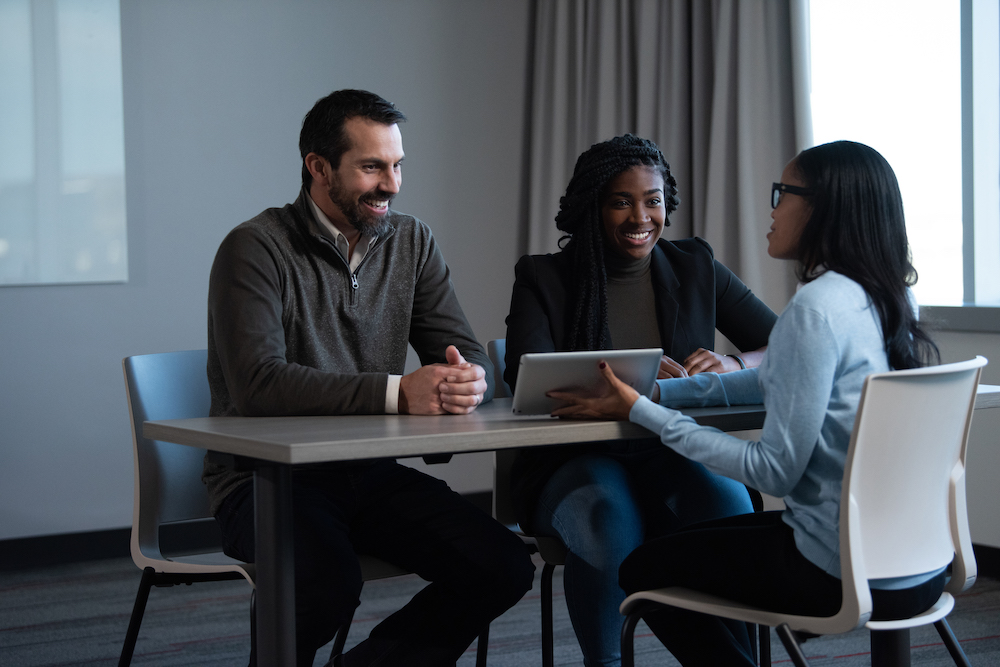 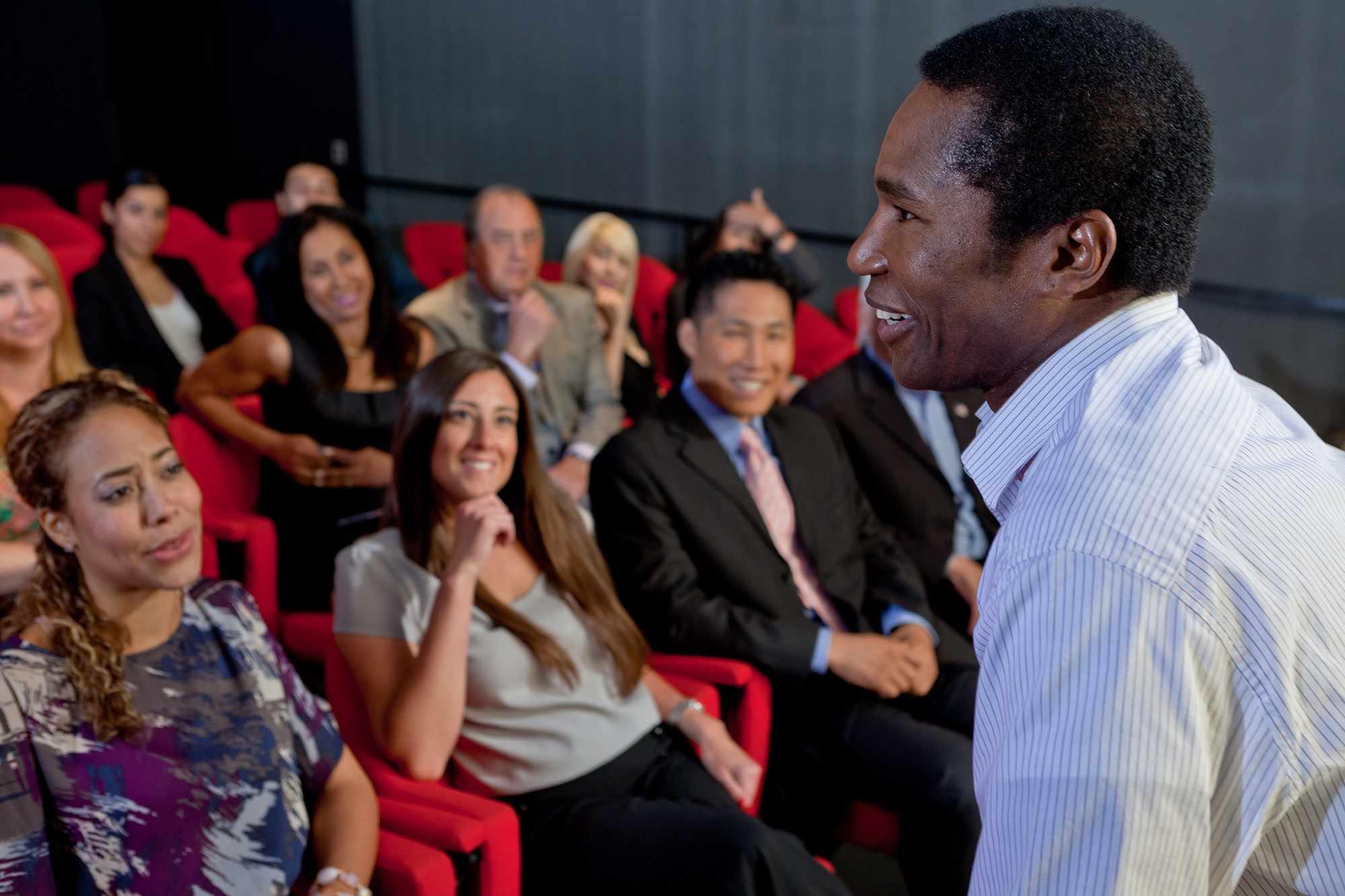 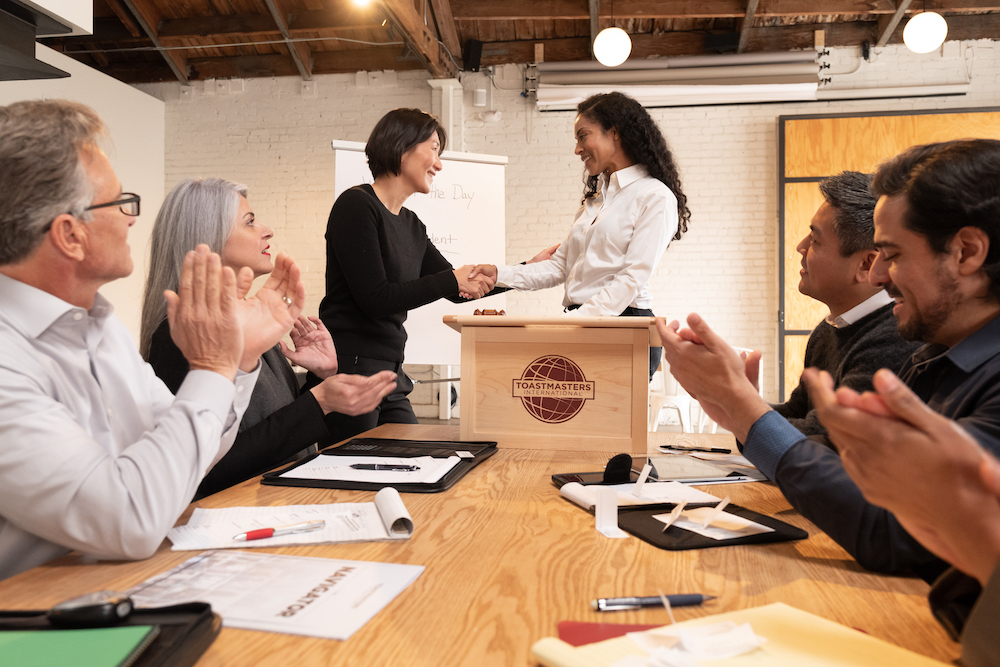 **Anyone interested in learning how to serve as a Toastmasters Contest official (Contest Chair, Chief Judge, judge, ballot counter, timer, Contest Sergeant-At-Arms, Interviewer)
**Anyone serving in a leadership role in the District who runs or assists with running contests

"Register now to see Aaron speak at our D83 conference on April 29th!"

Keynote Speech: The Hidden Secrets of the Introverted Speaker: And How Extroverts Can Use Them Too

In August 2019, Aaron Beverly emerged as the winner of the Toastmasters International Speech Contest, an annual public speaking competition that includes over 30,000 competitors worldwide. Performing the speech entitled “An Unbelievable Story,” Aaron provided a humorous take on the heavy subject of race and the importance of “acceptance despite difference.” That speech won him the prestigious title of World Champion of Public Speaking.

Aaron considers himself to be “one of the most introverted people you can meet.” Public speaking and storytelling were extroverted activities he never thought he’d pursue. However, with hard work, dedication and a team of invaluable supporters, Aaron has become proficient in both skills and has learned to balance his innate introversion with flashes of extroversion.

Storytelling and public speaking have led Aaron to engage audiences at Fortune 100 companies, notable Universities and various countries around the world.

Aaron is living proof, that the art communication can have a profoundly positive effect on the advancement of your professional career and the fulfilment of your life.

Congratulations to all the contestants in the Toastmasters District 83 International Speech Contest. 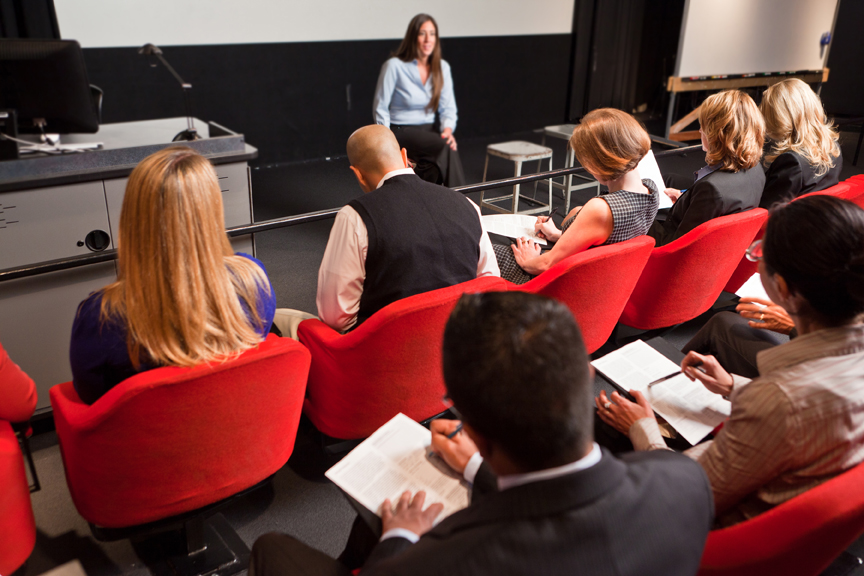 The Traveling Gavel is currently at Jersey Toastmasters Club. Captured on March 15th 2022. Here are the rules if you would like to capture the gavel for your club.

1. Contact the host club. Current contact is Jenny Yin E-Mail: This email address is being protected from spambots. You need JavaScript enabled to view it.2. Get three members of your club to attend the meeting of the club that currenly has the gavel. 3. Particpate in the meeting. 4.Submit form with details about the meeting. Click Here to Submit Gavel Capture 5.Proudly display the virtual traveling gavel on your club website.Transfer of the physical traveling gavel is suspended until further notice.